Returning a git log value for use in a script

By default, git log output is displayed in less. But what if we want to use that value in a script? You can add the --no-pager flag as part of the command:

So you can now use these return values in scripts. We use these to assign blame when someone breaks the build:

I had some issues getting Cyanogenmod running/booting on my Nexus 5X. After reading through a bunch of forum posts and some trial and error, I got it running.

Here are the steps: 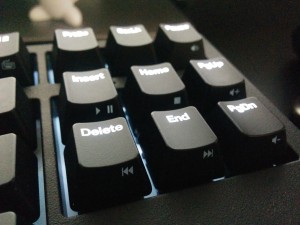 I love my CODE Keyboard, but it was driving me crazy that I couldn’t skip tracks in Spotify but my Macbook media keys could. After contacting support and doing quite a bit of research, I finally found a solution that will work for both CODE Keyboards and DAS Keyboards on OS X. (Tested on Yosemite with a CODE TKL Keyboard)

I was working on the Code for Boulder website and wanted to showcase some of the projects that we’ve been working on. I found this jQuery plugin by New Media Campaigns that did exactly what I wanted. Well, except be a WordPress plugin. But that’s my contribution! You can see below what it creates:

After installing the plugin, you can add the following shortcode:

You should swap out the repo value with the path to the repo you’d like to share!

Backstory: I bought a Synology DiskStation DS412+ and set up a PPTP VPN server on  it. The problem was that the DiskStation had a separate IP range (192.168.14.XX) for VPN clients than the network DNS server that it was connected to. So my options at the outset were either to not be able to access anything on my remote network (192.168.4.XX) or route all of my traffic through the VPN which would be slow and unnecessary.

After doing a bunch of digging, I found a solution, and here’s how to do it:

It’s almost impossible to find the APN (Access Point Network) settings for Aio Wireless so I thought I’d post them here for people to find them easier.

After contacting customer support, here is what they gave me:

Get Twistori Working on Mountain Lion, Mavericks, and Yosemite 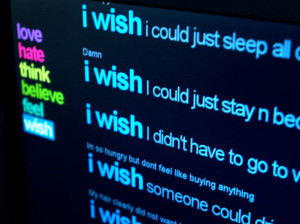 I love Twistori. If you’re not familiar with it, Twistori is a website that has keywords (love, hate, think, believe, feel, wish) and pulls tweets with those keywords and beautifully scrolls them on the screen. They had a screensaver that did this too, but support stopped with Snow Leopard, but I found a workaround: WebSaver. It does just what it sounds like: load a website when your screensaver is activated. The added benefit for people with dual (or more) monitors, is that it loads Twistori per monitor, which typically allows for a different keyword per screen!

So how do you get this awesomeness on your computer?

Among other things, I’m also the IT guy in the office. When we get a new hire, it’s my job to get the machine up and ready. I’ve made a pretty simple bash script that does most of the tedious things for me. I throw that on a flash drive and put applications that I want installed in the apps folder. The way I have it set up, I have an admin account that I set up after first boot/reinstall then I create an admin account for the new computer user. Below are two segments of code: the first is the script that does all the magic, the second is a plist for the dock.
END_OF_DOCUMENT_TOKEN_TO_BE_REPLACED